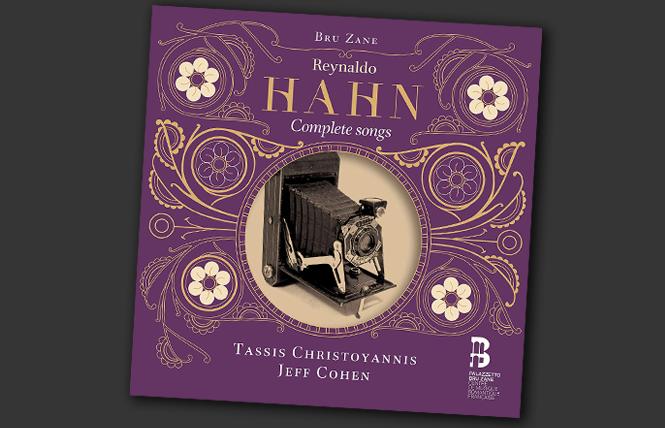 The first association most people with have with the name Reynaldo Hahn is that of Marcel Proust. In his short "Proust, a life," Edmund White summarizes the matter simply: "The affair with Hahn — one of the few equal and reciprocated sexual and romantic relationships of Proust's life — had begun in 1894 [when the Caracas-born composer was 18] and had burned itself out two years later, although eventually the two became lifelong friends."

Although Hahn worked in numerous genres, composing songs, or melodies, and performing them from the piano was a constant throughout Hahn's long and, we would surely say today, prodigious career. (He died in 1947.) Today, the melodies are almost the only Hahn works performed, and at that just a small number of them, on song-recital platforms far removed from the intimate salons for which they were intended.

The most famous of the enduring songs were written before Hahn met Proust. But if it's the author who largely sustains interest in the composer today, the literary world owes to Hahn Proust's induction into the life of music, particularly that of his own day and of course performed live, the soul of his writing.

It's become the work of recordings to restore Hahn's work to the acclaim it warrants and almost inevitably brings. Christina Ariagno's four-CD set (Music-Media) of the works for solo piano was revelatory, and now, from the enterprising Palazetto Bru Zane, at last we have the complete songs, all 107 of them.

Then and now, Hahn's songs were eclipsed by those of luminaries such as Debussy, Saint-Saens and Faure. In what amounts to a major restoration effort, the baritone Tassis Christoyannis, with his practiced partner, the American pianist Jeff Cohen, has given equal time to the songs of composers whose reputations are, however unjustly, decidedly in decline, among them Felicien David, Benjamin Godard and Fernand de la Tombelle, all on the Aparte label. The Bru Zane set of Hahn songs has become their series' high-water mark. 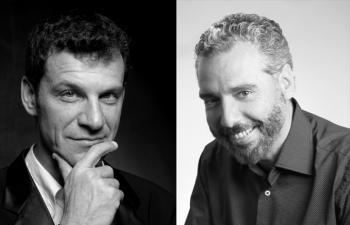 The four CDs are not meant to be heard continuously, although lovers of melodies will be buoyed by the songs' expressive range. The songs are programmed by printed collection rather than chronologically, a regularly surprising result of which is that Hahn's "hits" keep cropping up among the lesser-known songs. There is no dross.

There's a hefty amount of "original" Hahn, that is, recordings made by the singer-composer-pianist himself. Look no farther than YouTube for a sample. But to the modern ear, nothing you find there will account for Hahn's celebrity during his lifetime. His recorded voice falls into a category his teacher Massenet might have called comique-heroique, seemingly lurching between shouting and crooning. That said, with exposure, and taken on its own terms, it proves infectious.

What makes Christoyannis an ideal interpreter of Hahn today is precisely that he is not exclusively an operatic baritone voice of "star" dimensions. Such as his voice, hooded and pinpoint-focused, is also an acquired taste, it's a breeze after Hahn's. Over the course of the survey, it continually reveals more facets, subtle, refined, lightly perfumed and, yes, in its own way dramatic, if in that singular, signature French way. Christoyannis' immaculate, if natural and unfussy, phrasing of both verbal and musical line is unerringly spellbinding.

The Greek-born baritone, who also sings the standard opera repertoire, puts to bed once and for all the idea that singers have to be French to put over this material. The exemplary notes that accompany the set give ample idea of Hahn's idea of fine singing, particularly that clear articulation and accurate pronunciation of the poetic text are paramount virtues. A sprinkling of "little songs" composed to English texts that come at the end of the set tellingly hews to that same ideal while ending the survey on a note of charm, albeit not in the least naive.

It's more than a happy coincidence that we get the 1901 collection "Venezia" from the Venice-based Palazzo Bru Zane foundation. Hahn, who knew the (then-)floating city intimately, consciously mimics the songs of the gondolieri and the rhythms of the barcarolle in these red-blooded charmers.

The texts are not just Italian but in the pungent Venetian dialect, and they produce songs strikingly different from their French counterparts: working-class bel canto, unashamedly strophic, unafraid of exhibitionism. Christoyannis captures their lilting lines, yielding some of his most passionate and melancholy vocalism.

The "Etudes latines," the achingly sad "Chansons Grises" and "Les Feuilles blessee" sets explore yet other national styles, reflective not only of Hahn's cosmopolitanism but also of his alert, keen ear for idiom. Always lurking in the evanescent beauty and lure of these songs, in consummate performances by these exquisitely well-paired musicians, is the sense of how fleeting these very traditions, and, as Proust observed, human romantic love are.