Transmissions: The time for trans pitches is now 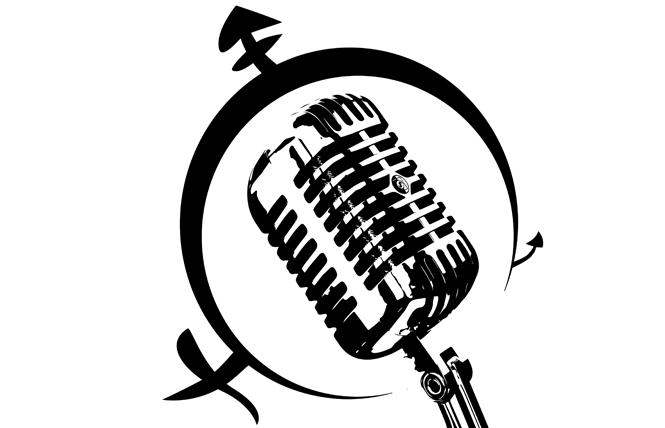 Every week, in my inbox, I receive dozens of story pitches.

Some are quite good, connecting me with engaging people and interesting topics that I might otherwise have missed. Most, however, are pretty useless to me in the overall scheme of things. A lot only tangentially veer into any topic I write about, or are blatant product pitches, or just an overall bad fit.

I know that I'm just one writer out there, and that all of these pitches are being sent to outlets big and small, trying to get a moment to tell their story. I'm sure that there are also hundreds, perhaps thousands, of pitches hitting other writers' email, or any number of other topics even further outside my wheelhouse.

There's one thing I note about the majority of the ones I see, however, and that is pitches for, or about, transgender people.

I'll let you in on another secret about the world of journalism today. There are several stations working to fill 24 hours of news in their day, and each needs experts who are willing to appear with an interesting angle on the day's big story. These outlets, too, are getting pitches similar to mine.

By the same token, some newspapers, suffering massive staff cutbacks in this modern world, have begun to rely on similar pitches and news releases, including complete, ghost written stories. (The Bay Area Reporter does not run the latter.)

The important thing to know here is that it often isn't trans people telling these stories.

When these outlets need someone to talk on transgender issues, there are plenty of people lining up, and few have our best interests at heart. Sure, some might just want to pitch their book or some such, but a large number are right-wing talking heads, offering up their own spin — even if they know little or nothing about trans issues to begin with.

Consider a recent appearance by James Hasson on "Fox & Friends." He was there to hawk his book "Stand Down: How Social Justice Warriors Are Sabotaging America's Military," and spent a lot of his time pushing his own slanted take about transgender troops, claiming that adding a PowerPoint slide about trans-masculine pregnancy was a hit to military morale.

Right now is a precarious time for transgender rights. The U.S. Supreme Court could soon eviscerate our rights — it is hearing several cases in October — even as the Trump administration does all it can to chip away at rights regardless of what the judiciary decides. States, even with the defeat of so many bathroom bills, are surely going to try again to curtail our rights in the 2020 legislative session, if only to provide fresh ammo for Republicans running for office next year. The stakes are as high as they've ever been.

With this in mind, we need a team of trans people of all stripes, and someone who can help pitch us to the press to comment on, well, everything. We need to be ready to be a talking head on the news, to pitch stories to the papers, and generally press our visibility as hard as those who might stand against us.

We need to stand ready to offer ourselves up to discuss every little trans thing that might even tangentially be of interest to the media, if only to get our faces and our stories out there. Indeed, it is even important that we approach stories that are not exclusively trans- or nonbinary-related, just to get our own spin on the issues of the day.

Consider the recent Emmys, and gay black actor Billy Porter's historic win for his work on "Pose," not to mention the other members of the cast in attendance, or Patricia Arquette's Emmy speech on trans rights, where she addressed her continued mourning over the loss of her sister, Alexis, who was a trans woman, and her passion for changing the world to be a better place for transgender people.

Not every outlet would have the ability to reach out to one of the celebs in question, but imagine if we could let dozens — hundreds — of outlets get stories from us into their hands, and people who can speak through our own experience, adding color and nuance that others might miss.

This would help to show who we are, and tell more stories than just those shared at this year's Emmys. Use it to pitch human interest pieces on how "Pose" affects trans and nonbinary people of today, and make it a springboard into pieces about resources, our lives, and so on. There are just so many possibilities.

A couple of months back, there was an update for the emoji on our phones, which included nonbinary couples as well as gay and straight couples. The Unicode Standard still does not have a trans flag emoji.

To me, this is an utter non-story, but it did get some headlines from news outlets in need of content. Now, get some nonbinary speakers on to tell why having this as an option is important, or people on to speak about the need for trans, gender fluid, nonbinary, and other flag emoji at our fingertips.

A school in East Texas recently told a young black boy that he would need to have his hair cut or pinned up — or wear a dress to school. This isn't a story about a transgender child, but it is one that has a lot to say about identity, about school dress codes, and other issues of importance to trans and nonbinary people. We could speak to it.

Of course, the biggest story I already teased above; trans issues are a huge issue for the 2020 elections. We need to start pressing for panels of trans and nonbinary people to discuss what their key election issues are today. Get us out and on America's TV screens, at outlets large and small.

The point of all this is simple: people who know transgender people are more likely to be sympathetic to transgender people. As long as we let others frame who we are in everyone's minds, we will continue to be painted in the worst possible light.

Likewise, we need our national and local organizations — or a new organization — to stand up and take point on this. Begin media training for transgender people, so we can be poised and ready for the camera, and others passionate enough to get our stories in the hands of the media.

We can't wait for them to come to us for comment: that's not going to happen. We need to put ourselves out there, and be seen and heard.

Gwen Smith once was interviewed by Bill O'Reilly on a trans story. You can find her at www.gwensmith.com