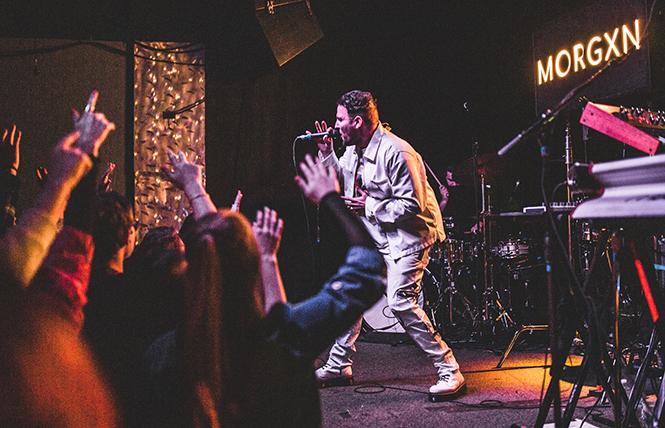 One might instinctively lump Morgxn together with the likes of 3Lau, Deadmau5, Chvrches and SBTRKT, contemporary dance music acts who seem to consider unpronounceability an indicator of hipness.

But morgxn (yes, lower-case), aka Morgan Isaac Karr, kindly requests that you don't. To the earnest 32-year-old pop singer-songwriter, who appears at the Rickshaw Stop on September 12, that "x" marks the spot on his lifeline when he decided to own his vulnerability as part of his creativity, just a few years ago.

Since then, he's scored major Spotify hits including "Home," featuring Walk the Moon, "Carry The Weight"—which he composed after participating in the National Women's March, and the uplifting anthem "A New Way." Morgxn has also been the featured vocalist on a number of Tiesto tracks.

After a recent phone conversation with the artist about his longtime love of music theater, his flamboyant video wardrobe and his dynamic new recordings, we've come to think of "morgan with an X" along the lines of "Liza with a Z" 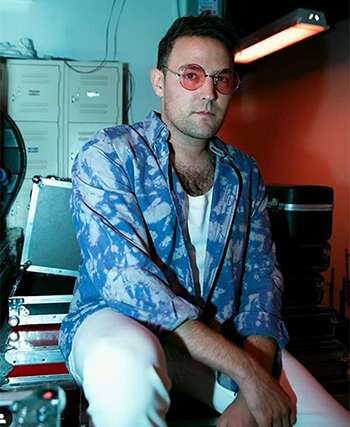 Bay Area Reporter: So, tell us about your X.

morgxn: When I started making the music for my debut album a few years ago, it felt like the first time I was claiming the parts of myself that were the scariest and most sensitive for me. I was made fun of a lot when I was growing up in Nashville. I was this high-voiced, overweight artistic kid, which made me a bit of a target. And Morgan was thought of as a girl's name, so it all got wrapped up together. I was a target for bullying. So when I was getting ready to put music out, I wanted to own my name, but also move beyond what it had meant for me in the past.

BAR: Was music a big part of your childhood?

M: I was always singing around the house and my mother had me audition for a choir when I was six. The director said they didn't take anyone under nine, but my mother said 'Just listen to him and then decide.' So I became the youngest person ever in the choir. By the time I was nine I started taking voice lessons and piano lessons. Performing music and being on stage was always someplace I felt strong. I remember in seventh grade, these kids put slanderous comments about me on the internet and I was being made fun of and humiliated. Music was a way to transcend everything bad that was going on around me.

BAR: You were into theater, too, right?

M: When I was nine, there was a casting call for a local production of Oliver! I remember going into the audition and everyone is long and lean and looks like a ballet dancer. I'm this chubby kid who's never done anything before, with a resumé that's like "I like snow globes and playing with Superman dolls." Because I could sing well, I got a part, one of the orphans. But let me tell you, I was so paranoid: I had one solo, during "Food Glorious Food" and I was so afraid that people would make fun of me because I was fat and I was singing about being starving. The next year, the show was Annie and they said there were no parts for me, which I couldn't understand. We had girls play boys in Oliver!, so why couldn't I be in Annie?

BAR: In your recent videos and recordings, you seem to embrace an exuberant over-the-top approach both sonically and visually.

M: I feel a certain strength in wearing clothing that I might have been made fun of for when I was younger. I think costumes and makeup are a way for people to share their feelings. Someone might describe it as dressing up, but to me, its just another way of expressing myself.

With music, too, sometimes I start with just a few chords on a piano, but then I build it up with sort of a costume of sound. That initial feeling is at the center of it, maybe something vulnerable. But it grows into something strong and powerful.