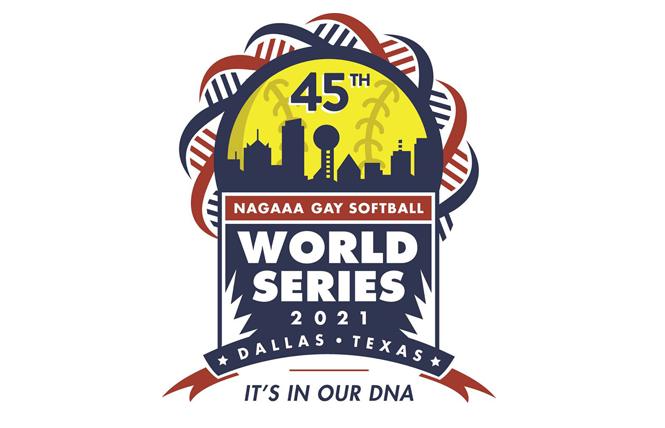 Dallas will host the Gay Softball World Series in 2021.

Dallas beat out San Francisco for the rights to host the 2021 Gay Softball World Series.

The announcement was made last weekend at the North American Gay Amateur Athletic Alliance World Series in Kansas City.

Halting homophobic hooligans
We haven't seen any progress yet in the Americas under new international rules to cut down on homophobic behavior at soccer matches, but a couple of events were halted last week in France under the new guidelines.

On Wednesday, August 28, referees told players in a match between Nice and Marseille to leave the field 22 minutes into the game when fans unfurled a homophobic banner. Play resumed a few minutes later after the banner was removed. On Friday, August 30, play was briefly halted 20 minutes into Paris Saint-Germain's at Metz, again for homophobic banners and chanting.

"These are unacceptable things," Nice manager Patrick Vieira told the BBC. "The message was clear, and the referee had no choice. I hope that will not happen again in Nice or elsewhere."

A little homework, por favor!
There is a French LGBT swimming movie making the rounds called "The Shiny Shrimps" about an inept and decidedly non-serious LGBT water polo team that goes to the Gay Games. I haven't seen it so I will not comment on the movie itself. But some of those who are critiquing the film should put a bit more time into research before reviewing.

In the movie, a star swimmer makes a homophobic remark to a reporter. To be reinstated, he is told by his sports federation that he must make amends by coaching the Shiny Shrimps water polo team.

Gloss over for a moment as to whether a federation would "punish" a known homophobe by putting him in charge of an LGBT team or whether a team would accept such a bigot as boss. That's usually not how sensitivity training works.

In its review, the Upcoming, a British website, says the homophobic swimmer is coaching the Shiny Shrimps as "they embark on the greatest and frankly impossible task of qualifying for the Gay Games." The review on LifestyleAsia.com of the movie, which is showing in the Hong Kong Lesbian and Gay Film Festival, says the film is "the uplifting tale of a gay water polo team vying for qualification of the upcoming Gay Games."

Darling, there are no qualifiers for the Gay Games. That's kind of the point of an event whose mission is to be inclusive. The movie deals with the bonds that are created in a team atmosphere, the importance of those bonds for athletes smacked around by homophobia and transphobia in their daily lives, and the power sports participation and competition have to lift us all to the best we have to offer. You don't need to qualify for that opportunity. You just do it.

Panda bows out
Football commentators have been all weepy the past couple of weeks over the retirements of the New England Patriots' Rob Gronkowski and Indianapolis Colts' Andrew Luck. Both were superstar athletes at their positions, both were dedicated to the sport like few others, and emotions ran deep over their decisions to quit the sport before their bodies quit on them.

But that is football, and most commentators, fans, and fantasy football followers worried more about what the departures meant for their teams' prospects rather than about what damage has already been inflicted on the players.

For me, the more poignant exit was that of Pablo Sandoval, affectionately known as Panda, from the San Francisco Giants. He did not retire, but he is going to undergo Tommy John surgery and his return is beyond doubtful.

Luck and Gronkwoski's careers were about excellence; Panda's was about exuberance. We joked about his expanding waistline, but it was no joke how he could expand a strike zone. He was erratic and exciting, whether snaring liners at third, picking off pitches at his shoelaces to plant them over the wall, or coming in for an inning of comic, but effective, relief pitching.

He, along with Madison Bumgarner and Buster Posey, played for all three of the Giants' World Series titles this decade. They might have been able to win without him ... but it wouldn't have been half as fun.