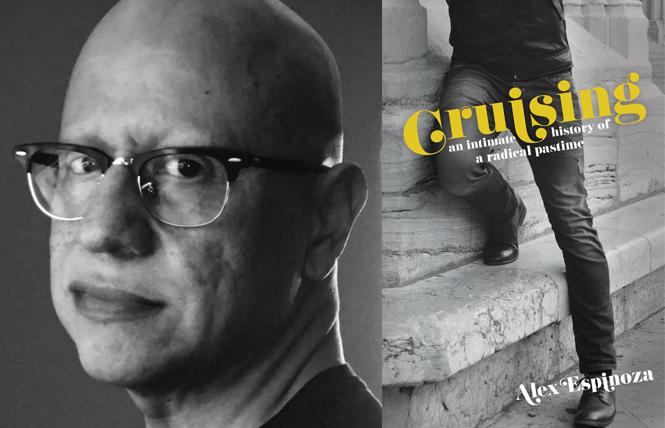 As competing convexities go, looking down at crotches is quickly losing ground to foreheads looking down at screens. Old-fashioned cruising has become all the rage in new gay fiction, but one frets about its survival in the real world, if that's what cyberworld is. Now that apps have become the haps, for the new sexual outlaw, the principal carryover from the cruising of yore may be danger as one of its core thrills.

That we're in a liminal moment is clear. In its subtitle, Alex Espinosa's new book, "Cruising: An Intimate History of a Radical Pastime" (The Unnamed Press), "history" seems almost to relegate to the past the pleasures of what was a "pastime."

Espinosa's non-academic, flyby history of the quickie as the activity that permits no names is largely benign and decidedly sex-positive. The author traces the practice back to ancient Egypt, and carefully differentiates classical pederasty from today's pedophilia. But the closer he gets to the present day, the more other issues — coming out, say, or wardrobe — crowd in.

The hanky-code chart may come as news to the younger crowd while inducing fits of nostalgia for bandana owners. Digging farther back in time, Espinosa's etymology of the British term "cottaging" (in Shakespeare's time, public toilet stalls were called cottages) is useful.

Oddly, what gets the most cursory treatment is the impact HIV and the drugs to treat and prevent it have had on promiscuous sex. Espinosa's out is that his book is personal, and, "Looking back now, I don't know if anyone I ever knew had it or succumbed to it. Yet the specter of the disease haunts me still, has always haunted me. I see traces of it in every single aspect of my life." Even removing HIV from the equation, there's something rickety about Espinosa's thesis: "True cruising allows people to set the terms of their desire and both [sic] leave satisfied. It is founded on equality." This may surprise some seasoned practitioners.

As anyone who even has read a John Rechy novel knows, anonymous sex, however consensual, is seldom, strictly speaking, "equal," the imbalances and shifting balances of power being intrinsic parts of the game. The same reservations apply if by "equality" he means "equal opportunity."

I'm happy to dismiss my reservations as "semantics" regarding a book with no pretensions and only good intentions. "I can and will speak for myself," Espinosa writes, but I wish he had gone deeper into his own experience. He's forthright about the physical challenges, congenital maladies that resulted in patchy hair loss and a foreshortened right arm, that initially inhibited his sexual adventures. At a cultural moment when looks-ism is taking a thumping, a deeper dive into his happy memories of cruising might highlight alternative takes on what's hot.

He draws connections between cruising and writing, both of which he notes develop the capacity to be alone, patience, diligence and perseverance and reward them with hypnotic levels of focus. There's no denying it's his experience even if language itself balks. Do people even talk about "casual" sex anymore? 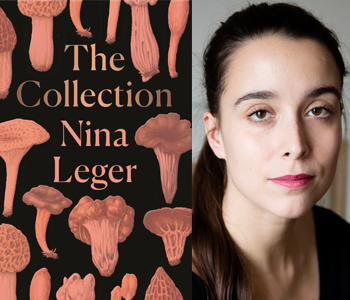 To the extent that fiction is where cruising now thrives, it flourishes in "The Collection," a recent novel by Nina Leger newly translated from French by Laura Francis (Granta). Its protagonist, Jeanne, is building a "memory palace" of penises she has known — to the exclusion of all other characteristics of the men in her trysts. Het as the book's vantage point is, it's a tutorial for all authors faced with the hurdle of verbal dickpix that are anything short of risible.

The writing is in that dark, impersonal, agnostic voice — choosey about what it worships — at which the French excel, but it's as impressive in its concretion and directness as it is, later on, in its adventurous play with words and larger-scale rhetoric. For Jeanne, to know dick is to keep it at a safe emotional distance, and she is more the field researcher of cocks in the wild than the aesthetician of the phallus. The dissolution of her consciousness in the novel's final chapters attests to the value of her initial prohibition of talk and repeat engagement. "Big boy" dick is her downfall.

Counterintuitively, it's a passage about her public play with a clothed dick that I can't get out of my mind. "There was a beginning," the oracular Leger writes. Jeanne sits across from a couple on the train, the man "petrified by her gaze," the woman sensing "danger." "Her eyelids lowered, eyes like searchlights, a look which lingers, which presses and sinks further into the folds of dark blue cloth and seems to draw down the teeth of the zip one by one," Jeanne the voyeur fatale strikes.

The couple, undone, gets off at the next stop. Whether, where, when and how Jeanne does, or you do, is left to your now-heated imagination. We all have our phallic memory palaces.