HIV may persist in brain despite treatment 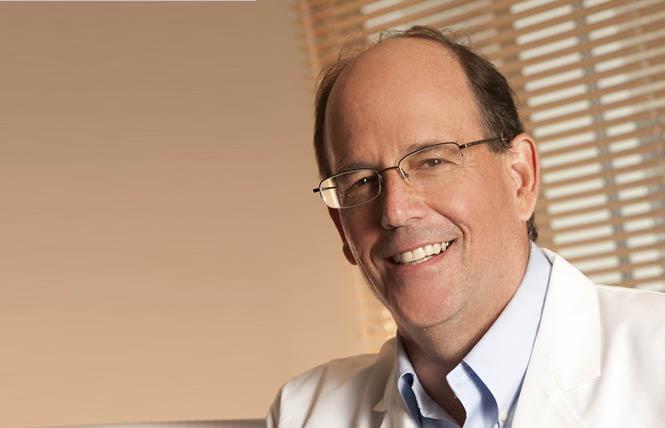 HIV can remain in the fluid surrounding the brain even after a decade on antiretroviral treatment, which may help explain persistent cognitive problems in some people with undetectable viral load, according to a study published Monday in the Journal of Clinical Investigation.

A national study of HIV-positive people on long-term treatment found that nearly half had persistent viral DNA in immune cells in their cerebrospinal fluid (CSF), which circulates around the brain and spinal cord. These participants had a higher likelihood of cognitive impairment than those without detectable CSF virus.

"It is difficult to target infections that lurk in the brain, and HIV is probably not an exception to the rule," said study author Dr. John Mellors of the University of Pittsburgh School of Medicine. "We have our work cut out for us in the quest for an HIV cure, but knowing is half the battle, so I'm cautiously optimistic."

Although antiretroviral therapy can halt HIV replication, viral genetic material persists in a so-called reservoir of long-lived immune cells. If treatment stops, this viral blueprint can reactivate, leading to viral load rebound. HIV is known to hide in the brain, where many medications cannot reach it due to the protective blood-brain barrier. This may explain why some people with well-controlled HIV still experience problems with memory, concentration, and the ability to perform complex mental tasks.

The researchers used sensitive tests to measure HIV RNA and HIV DNA in CSF immune cells. HIV's genetic blueprint is stored in the form of DNA, which is converted to RNA to produce new virus. Most previous research has looked at free-floating HIV RNA in the CSF, but this is usually not detectable in people on effective treatment.

The tests showed that 48% of participants had HIV DNA in their CSF immune cells, even though only 4% had free-floating HIV RNA and just 9% had RNA in CSF cells. Pretreatment CD4 count, viral load, and number of years on antiretrovirals did not predict detection of HIV DNA in CSF cells. Biomarkers of inflammation also were not correlated with HIV DNA or RNA in the CSF.

People with HIV DNA in their CSF cells had significantly worse cognitive test outcomes, although they generally fell within normal limits. Fine motor function, executive functioning, and attention were particularly affected, according to the researchers. Thirty percent of those with detectable HIV DNA met criteria for cognitive impairment, compared with 11% of those without detectable viral DNA.

"HIV-infected cells persist in CSF in almost half of individuals on long-term antiretroviral therapy, and their detection is associated with poorer neurocognitive performance," the study authors concluded. They added that it is not clear whether persistent HIV is causing ongoing brain injury, or whether the impairment is due to irreversible injury that occurred before starting treatment.