Jock Talk: Gay Games is all about facing challenges 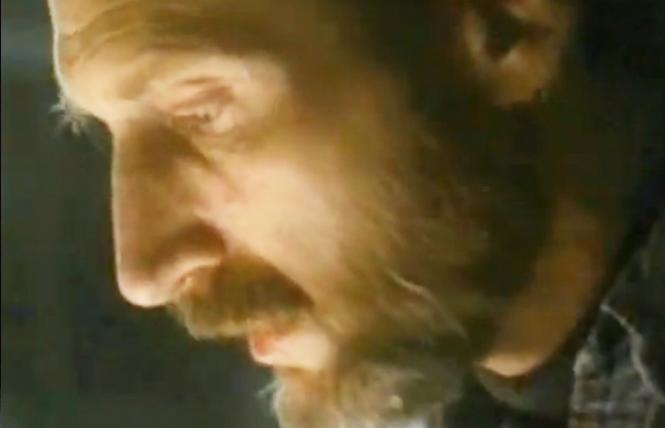 The venerable Gay Games, having survived a perilous journey that offered ever changing marketing, financial, and mission challenges, now face a seemingly secure future rich with exciting possibilities. In reality, a long road still lies ahead for the mission — a road that can be conquered only by reinvigorated focus and commitment to the mission and the athletes the Gay Games serve.

The 11th quadrennial Gay Games are scheduled to be held November 12-19, 2022 in Hong Kong. That will mark the 40th anniversary of the first Gay Games — San Francisco, 1982 — and would be the first time the event is held in Asia. For Hong Kong itself, 2022 will be the 25th anniversary of the British ceding control of Hong Kong to China in 1997 (effectively bringing the British Empire to an end) in an agreement that created Hong Kong's current semi-autonomous status with the mainland government. It will also be the halfway point to the end of Hong Kong's special status before it is fully integrated with the mainland in 2047.

All of which means symbolism would be the biggest event on display in Gay Games XI.
Each era of Gay Games has had its own set of challenges for the brand.

In Gay Games I through III (San Francisco twice and Vancouver once), the original organizers, San Francisco Arts and Athletics, were faced with marketing the brand; developing a critical mass of participants to give the movement significant impact and appeal; and offering support and compassion at a time when the onslaught of AIDS was picking off some of our community's finest individuals.

For Gay Games IV through VI (New York City, Amsterdam, and Sydney), the newly formed licensing body, the Federation of Gay Games, had to create a global organization; define mission standards; and try (unsuccessfully, as it turned out) curbing hosts' overly ambitious plans that resulted in repeated massive financial losses that nearly led to the cancellation of the Gay Games.

With Gay Games VII through X (Chicago, Cologne, Cleveland, and Paris), the FGG needed to overhaul its structure to make it more stable and proactive; fend off a concerted effort by a new rival brand to co-opt its mission, and hold onto participants' trust in the mission until the bloody war was over.

The result? The Gay Games have gone from Dr. Tom Waddell's threadbare San Francisco dream in 1982 to a major global reality. Half of the first 10 Gay Games drew 10,000 or more participants; half of the Gay Games, including three of the past four, have turned a profit; the past two have left the local LGBT communities with legacy funds; and post-event participant surveys consistently show overwhelming support for the Gay Games inclusive-sports focus.
All of which brings us to the challenges the FGG faces now.

Immediate needs
For the immediate future, the FGG needs to figure out how best to support the host operating in a constantly changing and unpredictable political regime; market its brand in previously untapped geographic markets that have minimal LGBT-sports infrastructure; and (as is the case in almost every Gay Games cycle) help organizers new to the movement understand that previous experience running LGBT events or previous experience organizing sports events is helpful, but that an LGBT multi-sport event is going to require approaches they have never experienced.

For the longer range, the FGG needs to figure out how best to manage the behemoth event it has created. Past experience of Gay Games hosts and organizers of other major global sports events such as the Olympics show that a host's bandwidth maxes out at about 10,000 to 12,000 participants, and the Gay Games have shown with Chicago and Paris their model can succeed at that size. But the constant fear of a tourism-dependent event such as the Gay Games is that it becomes such a long and expensive festival that it effectively prices out the inclusive diversity that exists at the core of the mission. How big is too big and how much is too much?

I've often compared the FGG and the work involved in awarding and staging Gay Games to a sausage factory. The event depends on thankless and often unpleasant labor year in and year out in closed rooms far from the view of the public, who then get to feast on the tasty sausage without too much inquiry into its manufacture.

So, here's some of the stuff that needs to be cut up and squeezed into the skins the next few months in the factory.

• Contingency plans need to be formed for various political scenarios that may play out between now and November 2022. The Chinese government has been working to solidify its sway over lands to which it has ties but no sovereignty (such as its efforts to force corporations to refer to Taiwan as Taipei, China, even though the communist government has never had possession of that nation); and to tighten its authority over Hong Kong, where sovereignty becomes less autonomous by the day.

This month, for instance, an extradition bill was introduced and is being strong-armed through that will allow individuals in Hong Kong to be extradited to the mainland for criminal prosecution — and that prosecution is controlled by communist party officials, who don't exactly embrace LGBT rights.

Add the shutting down of expression and autonomy to the muted response the Hong Kong government had when the Gay Games were awarded and you see the sticky situation for the Gay Games: the need for a Gay Games is greatest where suppression is strongest, but that same suppression can be the greatest force to keep the Gay Games from succeeding — or from even happening.

So the FGG must figure out how best to support Hong Kong organizers (from helping them to reach potential LGBT athletes in Asia and ensuring that events are properly focused on sports inclusion and diversity) while at the same time preparing for a worst-case scenario that could undermine the possibility of holding the Gay Games in Hong Kong at all. If worse comes to worst, an escape plan is needed.

• The FGG needs to reexamine the scope and structure of the Gay Games themselves for future cycles. At a town hall meeting in San Francisco a few years back, when the FGG was contemplating a joint venture with the now defunct World Outgames, stakeholders identified a lot of the underlying problems that threaten the sustainability of the Gay Games. With an increase of LGBT sports competition opportunities being offered in smaller or single-sport events, the Gay Games by comparison seem too long and too expensive for many would-be participants. This especially hurts participation by women, minorities, and athletes from more repressed regions. The FGG needs to talk with sports federations to see ways the length of the competitions can be shortened while remaining appealing.

• It also needs to be able to lower the costs of the Gay Games, and the best way to do that is to line up stable sponsorships. An event with the scope and mission of the Gay Games has a lot of potential appeal for sponsors, but major sponsorships have never been successfully developed and maintained, leaving a large burden on host cities.

• Developing and maintaining financial backing, in turn, will require better board recruitment. The FGG underwent a membership restructuring in 2004-06 in large part because the old structure lacked board stability and imposed an unsustainable volunteer demand on member sports organizations. Implicit in the new structure was the need for more proactive recruitment of portfolio officers. People with the lingo, connections, and know-how to manage communications, marketing, and development, for instance.

The challenges are as great as any the Gay Games have ever faced. The job doesn't get any easier and there is never a chance to take a break.

More than you could ever dream of.