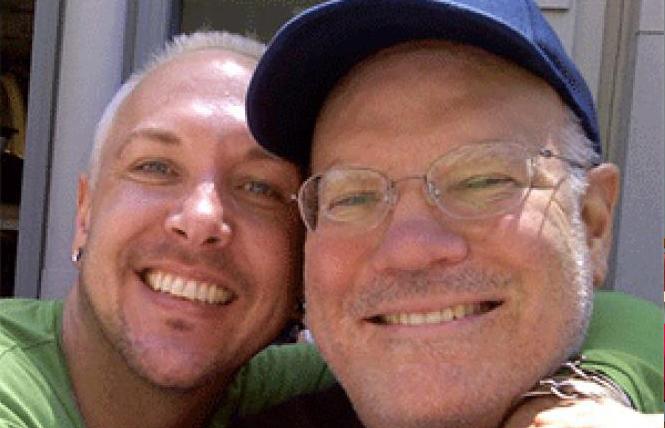 In a reversal of a lower court decision, the 9th U.S. Circuit Court of Appeals awarded spousal survivor benefits to a gay widower whose spouse worked for years at a San Francisco television station.

The pension plan did not provide Reed with a spousal survivor benefit, despite the couple being registered domestic partners. The men were together since 1998, became domestic partners in 2004, and were married for only five days before Gardner died, according to a news release from the National Center for Lesbian Rights, which represented Reed.

Gardner had been a technical director of 30 years at KRON4.

The May 16 decision restores benefits to Reed from the KRON/IBEW Local 45 Pension Plan that have been owed him since Gardner's death.

As previously reported by the Bay Area Reporter, Reed filed suit in 2016 in U.S. District Court for the Northern District of California to enforce his rights and receive his spousal pension. In response, the plan argued that the 1996 Defense of Marriage Act allowed it to refuse recognition of this union, and the district court granted a ruling in favor of KRON/IBEW Local 45 Pension Plan.

In 2013, the U.S. Supreme Court struck down a key provision of DOMA.

Reed could not be reached for comment, but in the NCLR release said he was "overjoyed" by the decision.

"My husband and I did everything we could to protect each other, and I was devastated by KRON4's refusal to recognize our relationship," he said. "While no one should have to litigate a federal lawsuit for three years to receive spousal protections, I'm overjoyed by today's decision."

"Although the Defense of Marriage Act was struck down in 2013, some employers have continued to deny spousal pension benefits to same-sex couples if the employee retired or died before the Supreme Court decision," attorney Teresa Renaker, who argued the case before the 9th Circuit, said in the release. "Today's decision recognizes that DOMA cannot deprive a same-sex couple of pension protections merely because it was still on the books when an employee retired."

This latest decision overturns the lower court's previous ruling, stating, "[t]he committee abused its discretion by denying benefits to Reed. During either time the committee evaluated the plan's benefits in this case — in 2009 or in 2016 — California law afforded domestic partners the same rights, protections, and benefits as those granted to spouses."

NCLR staff attorney Amy Whelan said in the release that the decision "also recognizes the important protections afforded to California registered domestic partners who were unconstitutionally denied the right to civil marriage."

"It's important for same-sex spouses and registered domestic partners to understand that they should not be denied benefits on the basis of unconstitutional law," Whelan added.

Representatives from KRON4 and IBEW Local 45 did not respond to messages seeking comment.