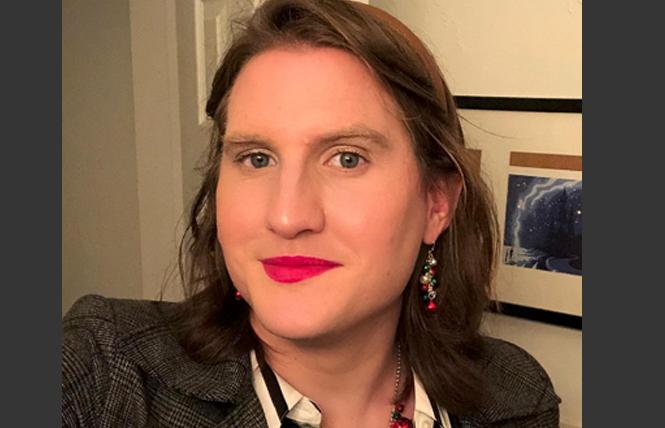 As of April 12, the new Trump policy, which has been through several iterations since its July 2017 Twitter launch, bans from enlistment in the military any person who has been diagnosed with or treated for gender dysphoria or has had any sex reassignment surgery.

Any transgender person already in the military can continue to serve as long as they present as their "biological sex" wherever the military differentiates between males and females.

Prior to that, an Obama era policy sought to enable transgender people to enlist and serve openly in the military and present as the gender with which they self-identify. A 2016 survey estimated that about 9,000 service members identify as transgender, and a Department of Defense news release stated that it knows of 1,400 service members who have been diagnosed with gender dysphoria.

Gender dysphoria is a condition in which a person feels "significant distress" because he or she strongly identifies as a gender different from his or her physical gender attributes. Some transgender people suffer from this distress, some do not. Some seek to transition to living as the gender with which they identify, some do not.

The new policy, as most recently defined by a March 12 memorandum from Deputy Secretary of Defense David Norquist, states, "No person, solely on the basis of his or her gender identity" will be subject to adverse action but that "all persons will be subject to [military standards and policies] associated with their biological sex."

Transgender service members who entered the military before the new policy "will be allowed to continue serving in the military pursuant to the policies and procedures in effect" before April 12. But an attachment to the memo states that those who are exempt from the new policy may not have a history of gender dysphoria unless a licensed mental health provider certifies the person "has been stable without clinically significant distress or impairment in social, occupational, or other important areas of functioning for 18 months."

The House of Representatives on March 28 passed a resolution stating that it "strongly opposes" the ban and "rejects the flawed scientific and medical claims upon which it is based." The resolution, introduced by Congressman Joe Kennedy (D-Massachusetts), "urges" the Department of Defense not to reinstate the ban and to instead "maintain an inclusive policy." The vote was 238-185, along almost unbroken party lines. Only five Republicans voted yes: Brian Fitzpatrick of Pennsylvania, Trey Hollingsworth of Indiana, Will Hurd of Texas (who had a narrow victory over out candidate Gina Ortiz Jones last year), and John Katko and Tom Reed of New York.

"The only thing deficient is any medical science behind this decision," said McAneny. "The AMA has said repeatedly that there is no medically valid reason — including a diagnosis of gender dysphoria — to exclude transgender individuals from military service. Transgender service members should, as is the case with all personnel, receive the medical care they need. There is a global medical consensus about the efficacy of transgender health care, including treatment for gender dysphoria."

A poll of 1,004 registered voters nationwide January 25-28 by Quinnipiac University found that 70% of them believe transgender people should be allowed to serve in the military. (The margin of error was 3.7%.) An online poll by Reuters/Ipsos of 8,823 adults surveyed January 25 to February 16 found that 59% supported transgender service members (Margin of error 2 points.) An anonymous online poll of 1,707 adults (more than half of whom were military veterans) found that only 39% support allowing transgender people in the military. The poll (with a margin of error of 3 points) was conducted in November 2018 by invitation to online subscribers to the Stars and Stripes news service.

Charlotte Clymer, a trans woman and former service member who is a spokeswoman for the Human Rights Campaign, said she does not believe Trump's ban will stand in the long run.

"With all the other bans that have been put in place — they barred men of color, they barred women, they barred gay, lesbian, and bisexual people — and every single time, what we have found is that these folks have proved bigots wrong through their service and through their patriotism," she said.