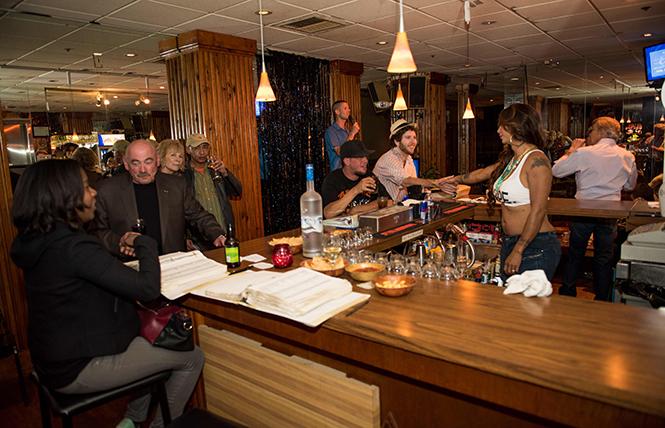 Divas nightclub, one of the last vestiges from the days when Polk Street was a major gay hangout, will close its doors at the end of March. For many years Divas, (at 1081 Post Street), has been a safe space for transgender women, their friends and admirers. 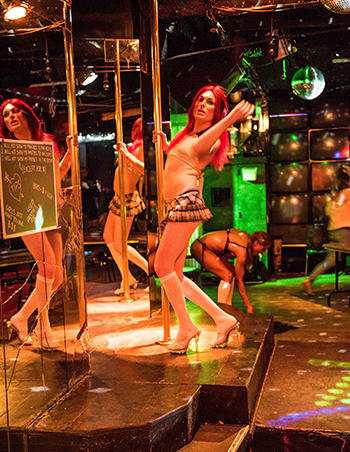 When the Bay Area Reporter visited Divas in 2015, manager Alexis Miranda, a San Francisco Empress, noted that there was a great need for trans women to have a place where they felt comfortable.

"The Castro is anti-trans," she said. "We still have a long way to go to teach people how to respect other people's spaces."

At press time, B.A.R. was unable to reach Miranda for an updated interview. An additional feature on the bar will be published next week.

Divas has done more for the trans community then give them a place to drink. According to a 2016 story at Hoodline.com (https://hoodline.com/2016/12/upgrades-homeless-outreach-transgender-nightclub-divas), Divas has done a great deal of trans homeless outreach, organizing clothing and food drives for homeless trans women. 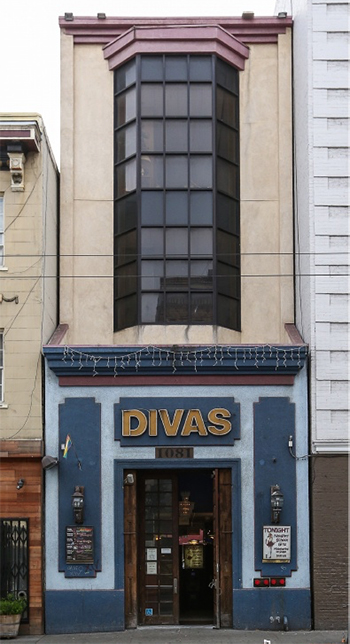 The exterior of Divas on Polk Street.

The building that houses Divas has been up for sale since at least 2014.

In 2016, building owner Steve Berkey was quoted in Hoodline as having said that he would only sell the bar to parties who would maintain the space as a bar for trans women and their admirers.

Those hopes may have changed after the recent alleged sale.

According to David Steinberg, a longtime San Francisco resident and author of a photo book about Divas, the building has been sold, as of March 20.

"The new owners are going to convert the downstairs bar into a coffee house, and the upstairs bars and offices into condos," wrote Steinberg on Facebook.

"This is a nightmare that has been coming for a long time, but is nevertheless a real tragedy, for the community, for the city, and for me personally."

A closing party is scheduled for March 30, 10pm-2am. https://www.facebook.com/divassf/


Editor's Note: a previous version of this story contained unreliable quotes and sources. We regret the errors. A new article will be published next week.