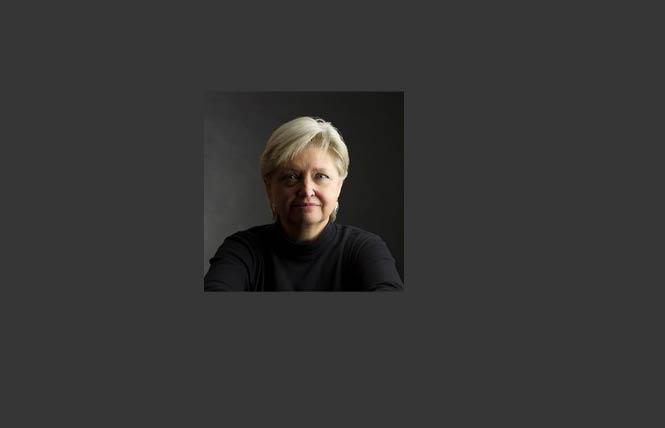 The National Center for Lesbian Rights has selected lesbian consultant Cindy Myers, Ph.D., to lead the organization on an interim basis.

Outgoing Executive Director Kate Kendell made the announcement Monday, December 3, in an email to supporters.

"Please welcome NCLR's brand new interim Executive Director Cindy Myers," Kendell wrote. "It's her first day on the job. And we could not be more thrilled to have her with us while NCLR conducts its search process for a new executive director."

Myers, 61, became acquainted with NCLR more than 35 years ago, when she moved to California from Washington state, Kendell wrote.

"She has donated to NCLR, attended annual galas, and most importantly — she is a serious, seasoned expert on nonprofit administration," Kendell wrote.

According to her LinkedIn page, Myers is principal consultant for The Myers Executive Group, a boutique consulting firm providing executive consulting for business, nonprofit, and government organizations. She previously served as interim executive director at San Francisco homeless youth nonprofit At the Crossroads.

According her Facebook page, Myers and her wife, Lydia Asselin, live in Petaluma. Kendell's email said the couple have two cats, Wally and Tyke.

"She takes her work seriously — but not herself," Kendell wrote of Myers. "And I could not be happier to pass the baton to someone who will bring her sense of humor, passion, and skills to our team. She loves who we are. And she's committed to keeping our place at the forefront of the fight for LGBTQ equality."

Kendell announced in March that she was stepping down from NCLR at the end of the year. An attorney, Kendell has been widely praised by fellow nonprofit leaders and LGBT community members.

NCLR was the first lesbian-led national legal organization and has been fighting for equality for the full LGBTQ community for more than 40 years. Under Kendell's leadership, NCLR has been central to the fight for LGBTQ equality, including marriage equality, protections for LGBTQ families and youth, and the ongoing fight to stop President Donald Trump's transgender military ban.

During Kendell's 22-year tenure, NCLR's budget has grown from $500,000 to more than $5 million, the number of staff members has increased by five times. NCLR now has both West Coast and East Coast offices in San Francisco and Washington, D.C.

Updated, 12/4/18: This article was updated to include how Myers identifies, her age, and salary.