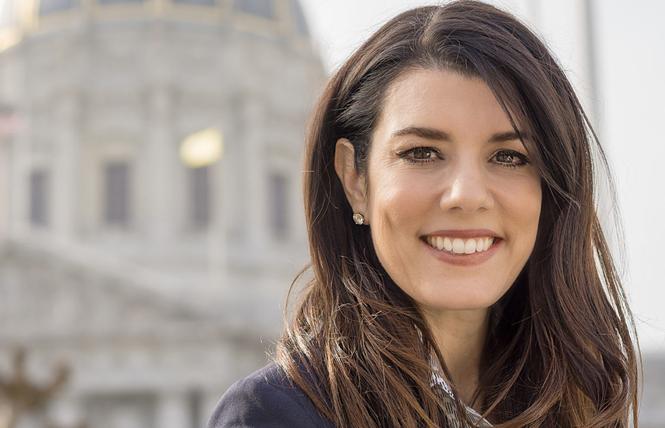 This November's Board of Supervisors elections will usher in at least three new members, as veteran Supervisors Jane Kim in District 6 and Malia Cohen in District 10 are termed out of office and District 4 Supervisor Katy Tang decided not to seek re-election. In District 8, gay Supervisor Rafael Mandelman will easily win re-election as he has token opposition. Appointed District 2 Supervisor Catherine Stefani is facing a strong challenge from BART director Nick Josefowitz.

District 2: Catherine Stefani
In District 2, we give the edge to Catherine Stefani, who has been a hard-working supervisor since then-mayor Mark Farrell appointed her to his old seat in January. A straight ally, she understands LGBT issues, and issues that affect the LGBT community, like addiction. She supports supervised injection sites with supportive services, and stated in her questionnaire "drug use on our streets is out of control." Unfortunately, Governor Jerry Brown vetoed Assembly Bill 186, which would have allowed San Francisco to establish a safe injection site pilot program. State lawmakers are expected to try again next year.

Stefani supports a drop-in center or Navigation Center in District 2 and said she would advocate expanding the city's homeless outreach team's presence in the area. That likely will be challenging in the city's wealthiest district, but every neighborhood in the city should do its part to drastically decrease homelessness.

Stefani thinks that each supervisor should look for opportunities in their neighborhoods that are underutilized and could be rezoned with a higher density. In District 2, a special use district was created for the Lucky Penny site along Geary Boulevard, which upzoned a housing development from 21 to 95 units, creating 19 additional subsidized affordable units.

Regarding her personal ties to the LGBT community, Stefani told us in an editorial board meeting that her sister came out in the 1990s, and it was a difficult process, something Stefani hopes others don't have to experience. She is committed to LGBT issues such as backfilling federal HIV/AIDS cuts, and supported the renaming of Terminal 1 at San Francisco International Airport in honor of slain gay supervisor Harvey Milk.

She served as the San Francisco leader for Moms Demand Action for Gun Sense.

Prior to becoming a supervisor, Stefani was the county clerk. Before that, she was a legislative aide to both Farrell and his predecessor, Michela Alioto-Pier. In other words, she knows how City Hall works and knows District 2 issues and constituents.

We endorse Stefani for a full four-year term. 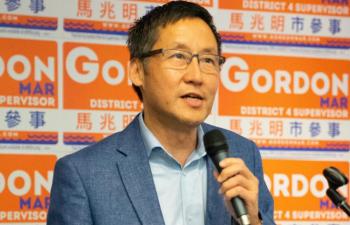 District 4: Gordon Mar
Gordon Mar, the fraternal twin brother of former District 1 supervisor Eric Mar, is running to represent the Sunset district in this open race. Cannabis is a controversial issue in the district; last year a medical dispensary was rejected by the Board of Supervisors after lobbying by conservative Chinese residents and the anti-gay Pacific Justice Institute. Mar said that he is committed to hearing every voice and, if elected, one of his first priorities will be to convene a Sunset District Cannabis Working Group to bring together neighborhood residents and build consensus. He told us that he believes that some areas of the district would welcome dispensaries, particularly west of Sunset Boulevard.

On homelessness, Mar said that District 4 has the lowest number of homeless people and, therefore, doesn't justify the expense of a Navigation Center. But he acknowledged the presence of more homeless people, likely due to sweeps in other parts of the city.

On the other hand, allowing more accessory dwelling units, such as in-law units, in the Sunset would be "very appropriate," he said. And he's for higher density along transit corridors.

On balance, we liked Mar's positions. He's a straight ally who has broad support within the LGBT community. 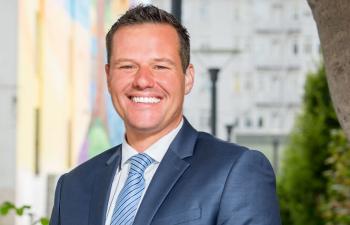 District 6: Matt Haney
Matt Haney is a straight ally who would hit the ground running in District 6. He lives in the Tenderloin and understands the needs of the district, which also includes South of Market and Treasure Island.

"Things are really serious on the streets, and District 6 is ground zero on a lot of that," he said in his editorial board meeting.

The district is home to a sizable trans population, as well as the highest percentage of people living with HIV, Haney said. He is a strong advocate for PrEP, the daily prevention pill, and fully funding Getting to Zero, which aims to reduce HIV transmission to near-zero by 2020. He'd like to see universal access to PrEP with no barriers for those who want it.

The nascent cannabis industry has a footprint in District 6, and Haney told us that was good for activating the area. He does not support further bans on dispensaries, like what the board voted on earlier this year for Chinatown.

Homelessness is a constant issue in the district. "I want to reduce barriers at shelters, so people can bring their stuff," he said, adding that an LGBT Navigation Center is needed. "Shelters also are an entry point for mental health services," he said.

Most importantly, Haney pledged to be a "neighborhood" supervisor. His office will be responsive to constituents. He said the LGBT community is a high priority for him and he's committed to hiring LGBT staff.

Currently a school board member, Haney said that, after he was elected, he visited every single school in the district. He talked about that kind of outreach as a supervisor.

"I live in the Tenderloin. I don't use a car," he told us. "Being out there is very important."

This week, an anonymous person unleashed a vile online transphobic attack on Haney, under the guise of supporting his two opponents, Sonja Trauss and Christine Johnson. While each of them disavowed the post, which has since been removed from Medium.com, we're quite confident that it was not, as Trauss speculated, a "false flag" planted by a Haney supporter. We've seen enough transphobia this election cycle to know that there is an underlying current in San Francisco. Haney respects all people and acknowledged that improvement is needed in District 6.

"Economic justice and social justice, the systems have not served District 6," he said, adding that he wants to fix the problems.

"I think I have a track record," he added.

We do, too. Haney is our choice for District 6. 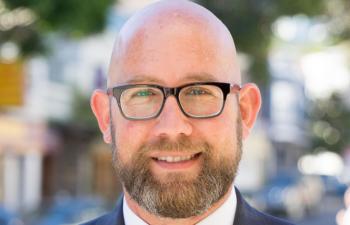 District 8: Rafael Mandelman
Gay District 8 Supervisor Rafael Mandelman must run again in November for a full four-year term on the board. He won a special election in June to complete the remaining few months of Scott Wiener's term after he left for the state Senate. In the short time he has been in office, Mandelman has demonstrated that he is listening and responding to constituents.

During an editorial board meeting, Mandelman told us he is working with city departments on the Harvey Milk Plaza project so that the work can be coordinated. And, while he expects the bulk of the funding to come from the city, to increase accessibility, among other issues, the community will need to raise at least $10 million to complete the project.

Mandelman has already created a positive change in District 8. He told us that future projects include legislation to work on various problems, including Upper Market and Church Street corridor revitalization, tackling meth use in the gay community, and supporting efforts to reduce the homeless population.

The Castro needs strong, positive leadership, and Mandelman is the right person to represent it on the Board of Supervisors. We are proud to endorse Mandelman. 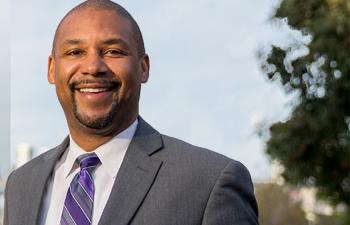 District 10: Shamann Walton
Shamann Walton is a native of District 10 who grew up in public housing in the Bayview and Potrero Hill. The seat is open this year since the current supervisor, board President Malia Cohen, is termed out and running for the state Board of Equalization. Theo Ellington is another strong candidate for this seat, but on balance, we think Walton, currently on the school board, has the deep connections with residents and merchants that will help him be an effective supervisor.

The district has seen an influx of LGBT and Asian residents in recent years, as it is one of the more affordable areas of the city. He wants to see more equity in the city's cannabis regulations, so that people who have been harmed by the failed war on drugs can participate in all aspects of this burgeoning industry. As Walton told us in an editorial board meeting, the cannabis business is more than just selling pot. It's cultivation, distribution, and science; minorities should have a stake in each of those areas, he said.

He has developed affordable housing in the district and wants more units for all income levels. He wants to create more Navigation Centers with pathways to permanent housing and utilize abandoned buildings to house people and provide supportive services. As a renter, he said he understands the plight of the city's tenants.

Walton, a straight ally, has pledged to protect vulnerable communities, including LGBTs and working-class communities of color.

We think he will be a strong voice for District 10 on the board.