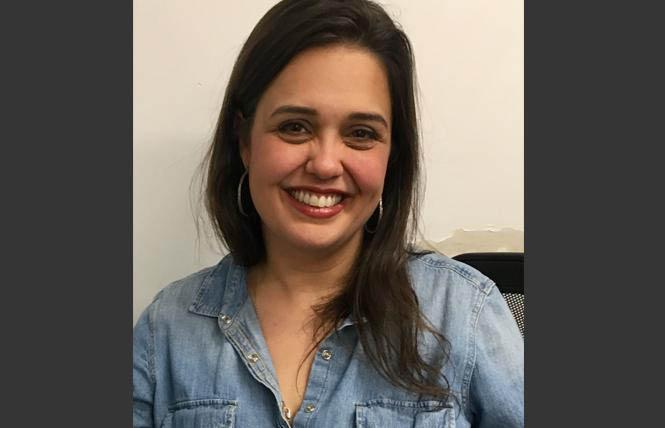 As the nation's first marijuana kitchen opens in Tempe, Arizona, San Francisco still bans the use of cannabis-infused foods and beverages in restaurants and bars, frustrating industry leaders who say the city's restrictive policies are behind the times.

While passage of state Proposition 64 liberalized the sale of cannabis to adults over age 21 from its previous policy allowing it to only be sold to medical patients, the new law, which became effective earlier this year, strictly prohibits the use of cannabis in restaurant foods and beverages.

SaraMitra Payan, the vice chair of the San Francisco Cannabis State Legalization Task Force and the public education officer at the Apothecarium dispensaries, said in a telephone interview that, although the state's current regulations are "not ideal," they are also "not written in stone forever."

"We have a lot to do to create safe rules for consumption," said Payan. "Those of us who work in the industry understand that, used properly, cannabis can provide a really wonderful experience. But we need more places where people can consume and learn how to use the products safely and appropriately.

"San Francisco can do better," she added.

Last month, the city issued proposed regulations that will enable cannabis to be sold and used onsite at additional locations that meet the city's licensure policy. Those guidelines, published in a 20-page document available online, describe three types of licenses available in the city for people who want to open "lounges" where adults typically can vaporize flowers or concentrates or eat prepackaged approved foods.

Comments can be submitted online via Survey Monkey, by email, or in writing via snail mail. The deadline for receipt of comments is October 21.

Under the draft proposal, the San Francisco Department of Public Health establishes rules, regulations, and/or guidelines to establish the minimum health and safety standards that businesses must maintain to be eligible to receive and maintain a cannabis consumption permit.

Terrance Alan, chair of the legalization task force and owner of the Castro cafe, Flore, commended the city for beginning the process to liberalize consumption but said he was disappointed that it isn't moving faster.

The draft guidelines "just don't address the practical ways that people want to use cannabis," said Alan. Both tourists and local residents want to be able to go out and enjoy cannabis the way they enjoy a glass of wine or cocktail. Restricting use to a small room attached to a dispensary just doesn't make sense, he said in a telephone interview.

Alan acknowledged the city's limitation in loosening consumption regulations, which are governed by the state and that strictly forbid restaurants and bars to sell or use pot.

The Bay Area Reporter reached out for a comment to the San Francisco Office of Cannabis several times but did not hear back by press time.

In the meantime, San Francisco cannabis users who want a public spot to enjoy some flowers in a vaporizer can choose from seven dispensaries that were grandfathered into the regulatory system under Proposition 64 (https://www.ebar.com/news/news//256592).

At one of those locations, SPARC's South of Market dispensary at 1251 Mission Street, the 40-seat lounge area has gotten "a lot busier" since adult use went into effect, officials there said.

Robbie Rainin, the director of retail for SPARC, said in a telephone interview that staffers have been spending an increasing amount of time helping first time cannabis users to learn how to best use the products sold at the dispensary and offer hands-on instruction using the vaporizers.

"A lot of our clients who live in government-assisted housing may be unable to use cannabis at home and are glad to have a place like our lounge where they have a safe space to consume," Rainin said.

And if you're willing to cross the Bay Bridge for a cannabis social experience, Magnolia Dispensary, at 161 Adeline Street in Oakland, is in the process of building a cafe where people can vaporize while dining, although cooking with cannabis will still be prohibited.

Debby Goldsberry, executive director at Magnolia, said she is hoping to be able to sell prepackaged infused ice cream toppings that customers can use with the non-medicated ice cream that will be sold there.

"That would really be fun, don't you think?" said Goldsberry.

Goldsberry expressed optimism that regulations will eventually loosen up, pointing out that California Governor Jerry Brown just signed legislation, Assembly Bill 2020, which gives cities the authority to grant licenses so that people can use pot at temporary cannabis events.

And in other local news, gay District 8 Supervisor Rafael Mandelman recently introduced an ordinance that would enable medical cannabis operators who are waiting for their retail permits to continue to operate on previous permits through the end of next year, while the office of cannabis continues to process the some 240 permit applications submitted in recent months.

In addition, according to a news release issued by Mandelman's office last month, the ordinance will strengthen so-called equity ownership to help those impacted by the war on drugs to be able to own and operate a successful cannabis business. It will also give more flexibility to existing operators who are getting priced out of their leases or dealing with predatory landlords.

Mandelman said the legislation will sit for 30 days so that the co-sponsors of the legislation can work with the city's cannabis office to solicit comments and feedback and make any additional amendments necessary prior to acting on the bill later this fall.

"This industry is in its infancy, and in the years to come will be a significant creator of new, good jobs and local economic activity," said Mandelman. "The way our city regulates the retail cannabis industry needs to be as innovative as the industry itself, and what I'm introducing today is a step in that direction — a series of proactive policy solutions that will allow the retail cannabis industry to continue to grow in a way that is sustainable for operators as well as the city."