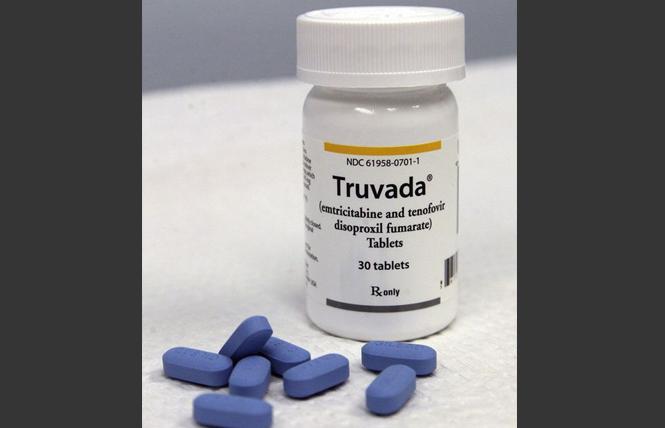 New studies presented at the International AIDS Conference in Amsterdam this week continue to confirm previous research: PrEP works extraordinarily well to prevent HIV, moreover, when taken as prescribed, it can be 99 percent effective.

Truvada, a medication used for PrEP, is made by Foster City-based Gilead Sciences. While the company has a patient financial assistance program, the cost of a month's supply of Truvada is about $1,500. As a result, at-risk populations in the U.S. - mostly people of color and trans women - who would benefit more from Truvada, can't afford it. PrEP is an HIV prevention pill that was an impossible dream when the disease was killing thousands in the 1980s and 1990s. Now available since 2012, medical professionals and others wonder why more people aren't using it. The answer is simple: it costs too damn much.

We have published article after article about new PrEP ad campaigns created by and for communities of color, as well as panel discussions about increasing the number of people on PrEP. In every article, the high cost of the drug is mentioned as a barrier to access.

A recent op-ed in the New York Times by James Krellenstein, Aaron Lord, and Peter Staley was blunt: "Gilead Sciences, the company that makes Truvada, maintains a monopoly on the drug domestically. In other countries, a one-month supply of generic Truvada costs less than $6, but Gilead charges Americans, on average, more than $1,600, a markup from the generic of 25,000 percent."

The authors pointed out what we've also reported: that PrEP usage is drastically lower among people of color and women. They also wrote that their organization, PrEP4All, will release a plan at this week's AIDS conference for a national PrEP program to ensure that all Americans who need it can get it.

We support this plan, which calls for the federal government to break Gilead's monopoly. Switching to generic Truvada would save the government billions of dollars and dramatically increase access. The problem is that federal departments in the Trump administration are unlikely to exert their statutory authority to reduce drug costs or put pressure on Gilead. President Donald Trump has railed against high drug prices in general, but hasn't taken any action.

Gilead itself should offer to lower Truvada's price. While we understand and appreciate the need for pharmaceutical companies to recoup profits that they funnel into research and drug development, it must be balanced with other priorities like making medication available to those who need it most. Many localities, including San Francisco, have implemented "Getting to Zero" initiatives, which aim to reduce HIV infections to near zero in the next few years (San Francisco's goal is 2020). Access to PrEP is key to ensure those plans are successful.

This week, Gilead finally bowed to public pressure and increased its patient assistance from $4,800 to $7,200. While that's a positive gesture, the company nevertheless should address the high cost of Truvada.

We now have an effective way to prevent HIV. It's time for Gilead, which counts itself as a friend to the LGBT community, to do more than air Truvada ads on hit TV shows like "Pose." PrEP must be reasonably available to everyone at risk for contracting HIV if we are truly serious about getting to zero new infections.