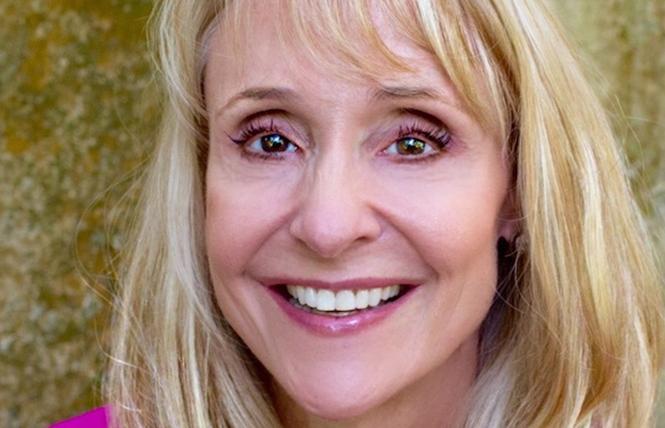 The endless blather between Trump fanatics and critics, although of considerable constitutional importance, can be so bombastic and irrational as to make even folks with strong stomachs for political discussions and reform want to tune all political discourse out. So maybe you weren't paying attention recently when congressional leaders were grilling representatives of the Olympic sports world about sexual exploitation scandals. That would be a shame, because the exploitation of young athletes is widespread - even protected by the very institutions your tax dollars support that should be supporting and protecting those same athletes.

The stories that have been told in court by the myriad young women who fell prey over the decades to the predatory sexual acts of former USA Gymnastics team doctor Larry Nassar were shocking to hear and absorb. More disturbing is the realization that, again and again, the U.S. Olympic Committee and USA Gymnastics provided the cover and protection for Nassar that enabled his repeated abuses. And even more disturbing than that is to realize that this pattern of protected abuse has not been limited to one individual in one sport, but instead is an example of a sick and ignorant institutional culture in sport after sport, such as is now becoming public in taekwondo and swimming.

Which brings us to the USOC and the national governing sports bodies it allegedly oversees. So much policy and energy in those organizations is invested in job security of their representatives and damned little in the empowerment and protection of the athletes who invest their lives and their ambitions.

Legislation sponsored by Senator Dianne Feinstein (D-California) was passed in February requiring the governing bodies of amateur sports to report sexual abuse allegations to child welfare agencies or law enforcement; and extending the statute of limitations on sex crimes. That's a good first step, but much more needs to be done to change the culture and practices of those sports organizations - beginning with the timorous USOC.

Former Olympic swimmer Nancy Hogshead-Makar, whom I am blessed to call a friend and who herself was a victim of sexual abuse by a coach in her younger days, has been the most vocal of activists on the issue of sexual assault and exploitation in sports. She founded Champion Women (http://championwomen.org/) in 2014 to provide legal advocacy and services for women and girls in sports.

Hogshead-Makar, a straight ally, wrote on Huffington Post that during the recent congressional hearings, the USOC was forced to acknowledge that it "was not that the USOC and national bodies were unable to protect athletes; it was that they were unwilling to."

She argues several changes need to be made in amateur sports to address the sexual exploitation and empower the athletes themselves:

• The USOC should require governing bodies to publish lists of banned and suspended coaches rather than leaving that up to the discretion of the governing bodies, most of which don't - and those bans and suspensions must be enforced, preventing clubs from hiring them or allowing them to attend events.

• Standardized training on how to handle sexual abuse needs to be created, and SafeSport educational materials need to focus more on educating athletes on how to spot predatory behavior and report it. I've written before on how obtuse the current materials are; they need to be improved as soon as possible.

"USA Swimming's dangerous SafeSport materials encourage athletes to blindly trust their coach, an attitude that is a common precursor to abuse," wrote Hogshead-Makar. "Even though the largest risk of sexual abuse comes from coaches, the materials encourage athletes to confide in their coaches about their personal problems and to trust their coaches to set appropriate conversational boundaries. What they don't do is give bright-line rules on coaching behavior, and the information that is helpful is drowned out by materials designed to sell the sport to more families. SafeSport training materials should be well-publicized and contain clear expectations for appropriate relationships and ethical behavior. Athletes of all ages should know that their coach will never text them individually, will not befriend them on social media, will not be alone with them and will not give them gifts. It is not sufficient to prohibit 'sexual misconduct' when that phrasing makes it appear that some sexual conduct might be appropriate. Athletes should know that coaches will not pursue a romantic or sexual relationship regardless of age or consent; that these overtures are an abuse of power and are harmful."

• The folks in charge of identifying sexual abuse in sports and eradicating it need autonomy from the sports organizations whose brands depend on the achievements of athletes as developed by its coaches. And they need the experience and knowledge to deal with the task.

• Finally, the USOC and its governing bodies need to realize their collective job is to represent the athletes, not themselves, and that they should empower those athletes fairly and equitably. They cannot fool themselves into believing they are doing that when they do not distribute salaries and resources between men and women and when they are deaf to the allegations and alarms that reach their ears.

Let's hope that the USOC gets its act together and does a better job of looking out for its athletes. That would be something even the most jaded of us would be happy to hear.

Dance scholarships available
The North American Same-Sex Partner Dance Association says it has four scholarships for 2018 that can be used for financially challenged members competing in any of its sanctioned events.

The next qualifying event is the New England Championships in September in Rhode Island.

The application deadline is June 30.

Information on the association, the scholarship program, and application forms are available at http://www.nasspda.org.