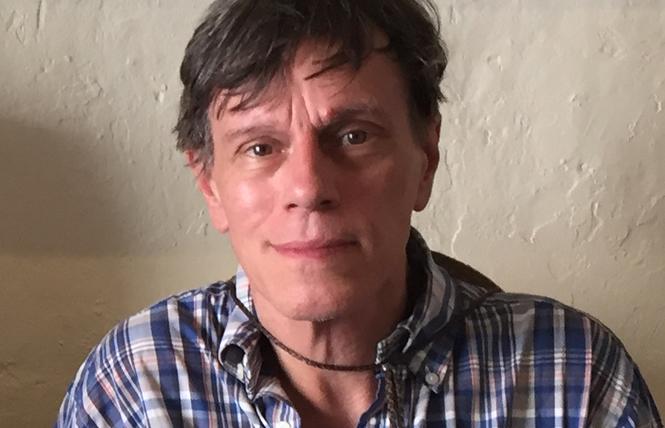 As we sprint toward the 50th anniversary of the Stonewall riots next year, we at the Gay & Lesbian Review are celebrating our 25th year of publication, which means that this magazine, which was founded in 1994, has been around for exactly half of the so-called modern LGBT rights movement.

If we look at the arc of LGBT history over this 50-year period, I think it's possible to see a turning point somewhere near the halfway point in the early to mid-1990s. It was a time of both danger and possibility - not unlike the present, perhaps - in which new cultural institutions were bursting forth even as we suffered some major political setbacks. It was against this backdrop that the Harvard Gay & Lesbian Review was founded.

So, let me take you back to 1993, the year in which the Harvard Gay & Lesbian Review, as we were known until 2000, was being invented. To start with the setbacks:

• Bill Clinton had just taken office and was immediately hit with the "gays-in-the-military" crisis that resulted in the "Don't Ask, Don't Tell" compromise.

• The Supreme Court of Hawaii legalized same-sex marriage for the first time anywhere, but then the Legislature amended the constitution to reinstate the ban, which launched the nationwide campaign to preclude same-sex marriage that haunted elections for the next decade.

• The AIDS epidemic was in full swing; 1993 was the peak year for new infections.

But LGBT people weren't taking all this lying down. There was a huge march on Washington in 1993 to protest all of the above, to which a million people showed up. We've all heard the cliché that one Chinese character means both crisis and opportunity. So, on the "opportunity" side of the ledger, it was in this era that LGBT culture and commerce were exploding as never before.

• The G&LR wasn't the only new magazine on the block. Out and Genre were both founded in 1992; others would soon follow. These were glossy magazines rather than "rags," boasting full-color photos and corporate advertising.

• This was the era of the gay publishing boom when a trickle of gay books turned into a tsunami, with many venerable publishers participating.

• The LGBT travel business, with companies dedicated to an expressly gay clientele, is largely a product of this period.

• Suddenly there were trade expos and conferences of all kinds, such as the LGBT Expo in New York. The annual OutWrite Conference in Boston brought together writers from around the country and was immensely helpful in getting the Gay & Lesbian Review off the ground.

These new opportunities were essentially commercial enterprises aimed at a newly discovered LGBT consumer market, and there was much discussion about the "mainstreaming" of gay culture. This controversy erupted in the first several issues of the Harvard Gay & Lesbian Review. David Bergman wrote an open letter to Bruce Bawer, whose newly published book "A Place at the Table" advocated what Bergman saw as an "assimilationist" agenda. Bawer replied; then Michael Bronski and Sarah Schulman, among others, got into the act.

This argument has animated our pages over the years, but I think most people would agree that greater acceptance and equality have brought greater assimilation into the larger social fabric. The "liberation" model that prevailed after Stonewall has largely succumbed to the "identity politics" model of today. The Gay & Lesbian Review was a product of this transitional era, but it belongs to the second half of that 50-year arc: a cultural magazine that may have leftish sympathies but sets out to explore LGBT history and culture with a cool, probing eye.

Many of the crises cited above have been settled, more or less favorably, over the past 25 years. Gays are serving openly in the military, and same-sex marriage is established law in the U.S. The HIV epidemic has been dramatically tamed through the introduction of antiretrovirals in 1996, and new prevention treatment in recent years. The majority of LGBT people live in states or cities that protect them from overt discrimination in housing and employment - though a national law remains a (distant?) dream.

Indeed, complacency at this stage would seem foolhardy, this being the age of President Donald Trump and all that that implies. American institutions are under assault as the administration shreds traditions and the rule of law, showing that even entrenched institutions aren't safe. For the Gay and Lesbian Review's part, we've been a magazine of culture and the arts for most of our history, but lately, we've been returning to our more political roots as a sense of crisis returns. Stay tuned.

Meanwhile, to find out more about the Gay & Lesbian Review, check our website at http://www.GLReview.org.

Richard Schneider Jr. is the founder of the Gay & Lesbian Review.