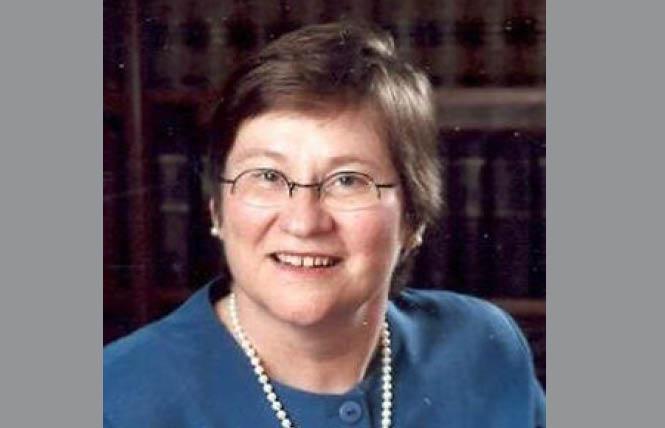 A federal judge in Seattle ruled April 13 that a lawsuit may proceed against President Donald Trump's proposed ban on transgender service members and that a previously issued stay against implementation of the ban will remain "in full force" until the litigation is resolved.

In her 31-page decision, U.S. District Judge Marsha Pechman, a Clinton appointee, said, "because transgender people have long been subjected to systemic oppression and forced to live in silence, they are a protected class." She noted that, by designating transgender people as a "protected class," she would be using the "highest level of care" - or "strict scrutiny" - in scrutinizing the Trump administration's justifications for treating transgender service members differently.

The ruling was the second time a federal judge has signaled her intention to use the highest judicial scrutiny in determining the constitutionality of Trump's proposed ban. In October, another Clinton appointee, Judge Colleen Kollar-Kotelly of Washington, D.C., said she would use "fairly searching" scrutiny.

Lambda Legal Defense and Education Fund and OutServe-SLDN, a group assisting LGBT people in the military with legal challenges, brought the lawsuit, Karnoski v. Trump. The plaintiffs include six currently serving service members and three people who would like to join the military. The six current service members include two Army and three Navy personnel with careers spanning from five to 17 years.

OutServe-SLDN legal director Peter Perkowski acknowledged that, while they had hoped the judge would issue a summary judgment that the proposed ban was unconstitutional, he thinks the ban is "doomed at its next reckoning."

"The court wants to expose this bigoted ban for all of its ugliness at trial, and we are happy to oblige," said Lambda Legal senior attorney Natalie Nardecchia.

The military was set to enforce a policy on January 2 that had been approved by the administration of President Barack Obama to allow transgender people to enlist and serve. But on July 26 last year, Trump announced on Twitter that the Department of Defense should ban transgender people in the military. A month later, he issued an official memorandum, directing the DOD to do so. That memo said the new ban would take effect March 23, 2018, and would remain in place "until such time as a sufficient basis exists upon which to conclude that terminating that policy and practice" would not have negative effects.
Lambda Legal, the American Civil Liberties Union, and others filed four lawsuits, challenging the proposed ban and seeking immediate preliminary injunctions to keep the ban from taking effect.

In addition to Pechman in Seattle, three other federal judges around the country blocked Trump's plans to ban transgender service members. The other cases are in Baltimore; Riverside, California; and Washington, D.C.