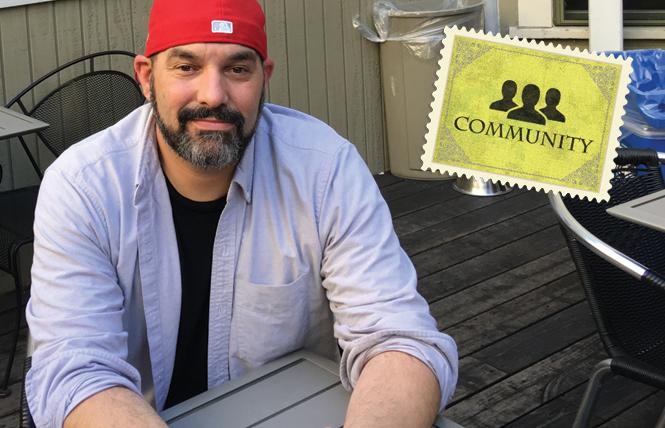 The country club, located in the heart of the Castro, provides a safe space for the LGBT recovery community and provides opportunities for 12-step meetings.

According to its website, the country club opened in April 1983.

"For many people for whom alcohol and drug use have become a problem, there was a need for a place in the Castro to socialize and support one another," the website states. "The Castro Country Club was formed to meet the needs of this community."

Billy Lemon, a gay man, took over as executive director in September 2016, after having worked in the club's cafe. In an interview with the B.A.R. shortly after he started his new job, he credited the club with helping him get and stay sober.

While the club began primarily as a safe place for LGBT people in recovery, it has seen an increasing number of straight allies using its services, as the neighborhood has changed.

"Everyone is welcome," Lemon said.

Thousands of people have been helped over the last three and a half decades, and the country club's services are just as necessary now.

"As San Francisco becomes more and more expensive, many neighborhood nonprofits are facing an uncertain future," Lemon wrote in a recent email, commenting on the recognition. "The community that has supported the Castro Country Club for 35 years recognizes the importance of our sustained existence. Addiction is not a problem that will simply disappear by itself. We need supportive solutions. The Castro Country Club is just one of the many solutions on the continuum. We are proud the community recognizes our dedication to serve San Francisco."

Best LGBT Event
Folsom Street Fair
Longtime winner San Francisco Pride was retired from competition this year, and readers voted for the Folsom Street Fair as their favorite LGBT event. Billed as the world's largest leather party, the fetish extravaganza takes over South of Market in late September with multiple stages, vendors, and, of course, people-watching. Folsom Street Events, which produces the festival, also holds the smaller Up Your Alley street fair in July, and several parties tied in to those events. It produces the annual Leather Walk, which kicks off San Francisco Leather Week.

Money raised from beverage sales, gate donations, and party tickets is funneled back into the community through grants to participating nonprofits, and Folsom usually returns hundreds of thousands of dollars annually.

This year's Up Your Alley is July 29; the Folsom Street Fair is September 30.
www.folsomstreetevents.org.

This year's event, a 10K walk through Golden Gate Park, will be held Sunday, July 15. People can sign up now and create a team.

There is no fee to register for the event.

Since 1987, AIDS Walk San Francisco has raised more than $90 million for HIV programs and services in the Bay Area. It is one of the largest HIV/AIDS fundraisers in northern California.

Best known for its Magnet sexual health services - including the popular PrEP program - Strut, which opened two years ago, is also home to Positive Force, the Elizabeth Taylor 50-Plus Network for men age 50 and over, the DREAAM Project for young African-Americans, the Stonewall substance use health program, and the Bridgemen volunteer program.

"We are a diverse community and our diversity makes us stronger," the agency says on its website. "We all have the right to health regardless of race, ethnicity, sexual orientation, gender orientation, HIV status, age or economic status. We share the responsibility for our individual health, the health of our partners and the health of our community."

Strut offers drop-in programs, a book club, a smart drinking group, and much more. It has become widely used since its opening, as community members seek to maintain a healthy lifestyle in an affirming space.
Strut, 470 Castro Street, San Francisco, (415) 473-3400. https://strutsf.org/.

Best HIV/AIDS Nonprofit
Project Open Hand
Project Open Hand started out in 1985 when it served meals and groceries to people living with HIV/AIDS. Over the years, its mission has expanded to serve people who are critically ill with other conditions. It operates in San Francisco and Alameda counties.

Earlier this year, Project Open Hand became the lead agency for a pilot program in California to feed low-income people with chronic illnesses after they have been discharged from the hospital. As the B.A.R. reported at the time, proponents of the new initiative hope to prove it can keep those who are enrolled from being readmitted to the hospital, as well as save the state money on the cost of providing health care to the individuals.

The new "Food is Medicine" initiative includes other nonprofit providers of meal programs throughout the state: Ceres Community Project and Food For Thought in the North Bay, the San Jose-based Health Trust, and several organizations in southern California.

Project Open Hand was recently awarded the license for next year's Dining Out for Life in Oakland, and will have a kick-off event Wednesday, April 18, from 5 to 8 p.m. at the Hive, 2335 Broadway.

Dining Out For Life is an annual fundraising event in which participating restaurants donate a portion of their proceeds from one special day of dining to raise money for AIDS service organizations.
Project Open Hand, 730 Polk Street, San Francisco, (415) 447-2300. 1921 San Pablo Avenue, Oakland, (510) 622-0221. www.openhand.org. 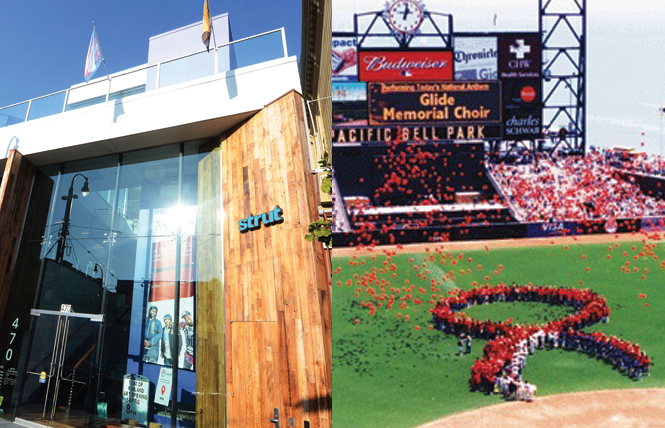 The club is the first gay and inclusive rugby club on the West Coast. Founded in 2000, the Fog has the vision to be the preeminent rugby club in the world that actively pursues the participation of people of color, gay men, and other groups traditionally underrepresented in rugby.

The idea for the Fog started in early 2000 when Derrick Mickle, along with Jason Reimuller and Mark Bingham, were playing in a gay flag football social club and bonded over their common love of the sport of rugby. Bingham, of course, died on 9/11. He was a passenger on United Flight 93 that crashed into a Pennsylvania field.

The Fog will hold its Balls-Out! Ball tea dance Sunday, April 29, from 4 to 10 p.m. at the Great Northern, 119 Utah Street in San Francisco. Tickets are $10 in advance or $15 at the door. The party is to celebrate the end of the season and to raise money for the Bingham Cup gay rugby tournament that will be held in Amsterdam in June.
https://www.fogrugby.com/.

More than 20 years ago, the Giants were the first professional sports team to raise awareness of the HIV/AIDS crisis with its "Until There's A Cure Day" on-field ceremony, and several years ago began holding an LGBT Pride Night.
https://www.mlb.com/giants.