SFFILM Festival lights up the screen 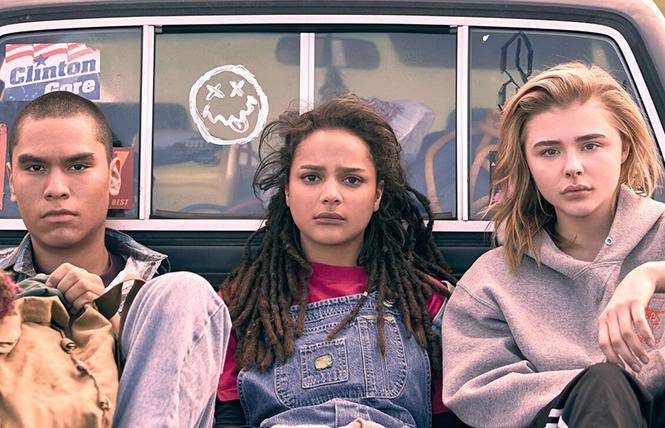 The Miseducation of Cameron Post: Director Desiree Akhavan's Sundance award-winner is based on a 1993 book written at the height of the discredited and now often illegal practice of gay conversion therapy. Features an attractive ensemble of fresh faces as the kids sent to a gay conversion therapy camp. (Castro, 4/7) 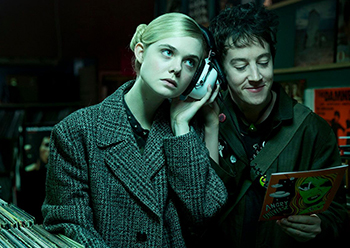 How To Talk to Girls at Parties: Gay writer-director John Cameron Mitchell reboots the coming-of-age drama, based on Neil Gaiman's short story, with a cast headed up by Elle Fanning and Nicole Kidman. (Castro, 4/6)

Barry: Bill Hader as an ex-Marine turned hitman whose life takes a weird left turn when he drops into a Tinseltown acting class. (Victoria, 4/5)

Tully: Jason Reitman directs a screenplay by Diablo Cody that tells the story of Marlo (Charlize Theron), a once-beautiful woman who feels physically done in after childbirth. (Castro, 4/8)

A Boy, A Girl, A Dream: An African American man and woman travel a cultural party loop the night of Trump's election. (Grand Lake, 4/10)

Robin Williams: Come Inside My Mind: Bio-doc on the life and astonishing career of beloved Bay Area comic. Director Marina Zenovich had access to never-before-heard audiotapes that reveal this awesome performer's methods and addictions, and hint at the tragedy of his final days. (Castro, 4/7)

The Workshop: Award-winning filmmaker Laurent Cantet follows six French students in a class to create a thriller based on their own lives. (Roxie, 4/5; PFA, 4/7; SFMOMA, 4/8)

Hal: Bio-doc about the brilliant iconoclastic director Hal Ashby, creator of "Harold and Maude," "The Last Detail" and "Being There." (Creativity, 4/6; Victoria, 4/8)

Ulam: Main Dish: Alexandra Cuerdo offers a mouth-watering tour through the kitchens of several top chefs dedicating to preserving their national cuisine as it plays out in New York and Manila. (Dolby, 4/7; Creativity, 4/8, 10)

I Hate Kids: This oddball comedy features author Nick Pearson (Tom Everett Scott), a man prepared to settle into a hetero relationship when a 13-year-old kid (Julian Feder) shows up to gum up the works. Directed by John Asher, and co-written by Frank Deitz and Todd Traina. (Castro, 4/6)

The Human Element: Matthew Testa's beautifully filmed doc follows American photographer James Balog as he documents the impact of humans on our warming planet. It's his theory to add humans to the original four elements: water, air, fire and earth. (Dolby, 4/7; SFMOMA, 4/8; Roxie, 4/11)

Salyut-7: Russian-produced docudrama depicts an accident aboard a Soviet-era space station (1985) in which a Russian team races to save what they can before the Americans intervene. A spectacular visual treat, should appeal to fans of "Apollo 13." (Castro, 4/8)