Author by any means necessary 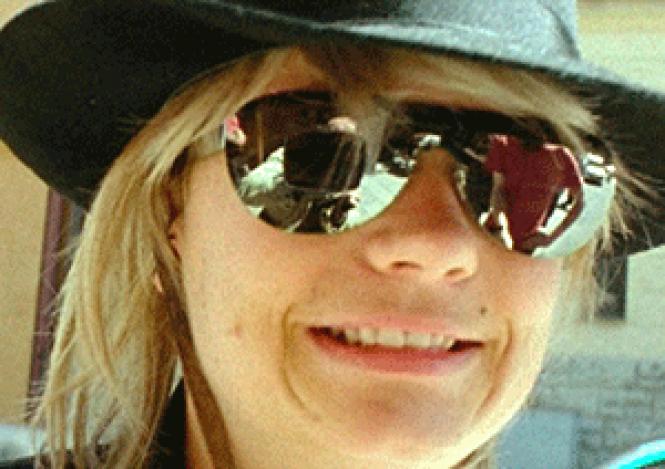 JT LeRoy is a gender-volatile teenage boy who published a transgressive novel, Sarah (2000), and short story collection, The Heart Is Deceitful Above All Things (2001), about his life at the mercy of his crazy hooker mom and fundamentalist grandparents. In 2005, New York magazine outed 40-year-old Laura Albert as having written the fiction and engineered the metafiction, or marketing campaign, or mass hallucination of a literary prodigy-cum-biologically valid white-trash rent boy. Ten years later, there's a film about the mishegoss. Author: The JT LeRoy Story opens Friday at Landmark Embarcadero.

That director Jeff Feuerzeig prefers the term "nonfiction" to "documentary" preps the viewer not to expect a coherent parsing of LeRoy's multi-platform PR campaign, or pack of lies, or non-consensually immersive performance piece. Too bad, because this story is so trippy it could use some clarity. Feuerzeig scrambles chronology and does not identify footage that illustrates repetitive voiceovers. He thinks 110 minutes isn't 20 minutes too long. He prefers his histrionically reclusive subject, seen in medium shot against a proverbial "open book," gushing girlishly about all the confidences she betrayed.

Feuerzeig, whom I interviewed at producer Henry Rosenthal's bohemian paradise in downtown San Francisco, couldn't say why he chose to make this film, his second after a 10-year hiatus, except that "Laura's voice needed to be heard." Styling himself a practitioner of "New Journalism," he ignores its fundamental tenet: the author as locus of the narrative. Feuerzeig remains invisible and unknowable in Author, except as the credited manipulator of images. His absence leaves the spectator to bob on a sea of babble devoid of context.

Rosenthal, the perfect host, showed off his collection of two-headed calves, stuffed and mounted on dainty hooves in a townhouse teeming with eccentric collectibles. Asked why he'd produced a film about Laura Albert, he credited her with possessing the artist's audacity to ignore conventional behavioral constraints, which freedom gives her extraordinary power. Rosenthal, the scion of German Jewish merchants, was "the worst drummer" for San Francisco's first punk band, Crime, circa 1977. He probably understands her better than anybody.

Albert, now 50, is a mystifying, maddening personality. That's her calling card, her demon, her shtick. Her claim to fame is having spellbound some players inside the delusional bubble of celebrity with the prose and persona of the blond-haired, blue-eyed, Southern truck-stop, transgender teen genius JT LeRoy. She wrote his books and voiced him. She got her sister-in-law, lesbian Samantha Knoop (the K is not silent), to perform him in Warholian wig, shades, and hat. By holding up a series of mirrors to gullible stars, themselves the creations of PR machines, Albert ensorcelled them. Quite an achievement, but one she is loath to admit.

As the eldest daughter of a divorced-lady theater critic, Albert's inner lives found early expression in a mosaic of made-up monologues spoken to the mirror, which moved into school hallways and onto prank phone calls, one of which morphed into a months-long narrative arc climaxing in the imaginary caller's death. That first aural artwork isn't mentioned in Author , a dismaying ellipsis. You can read about it in The Paris Review (Fall 2006) or see the animated version in Marjorie Sturm's critical documentary The Cult of JT LeRoy (2015).

During a fragmented adolescence that included nonconsensual stays in a mental ward, Albert called hotlines as a boy, convinced her actual Brooklyn Jewish girl self would be told, "You're fat, ugly, and disgusting, and you deserve" to be abused. Made a ward of the state, she moved to a group home on the Upper West Side, where she learned to see through celebrity. A student at New School, she annoyed her teacher by writing in the persona of a boy. Suicidal in San Francisco in 1993, she found the helpful, not to say enabling, therapist Dr. Owens, phoning him for daily 30-minute sessions as Jeremiah, alias Polk Street hustler "Terminator," who became JT for publication.

For having signed the name JT LeRoy on a film rights contract, Albert was sued for fraud in 2007. Trial footage shows Dr. Owens exonerating Albert of intent to deceive. He ought to know: he spoke to her , thinking it was him , every day for years. Featured in Cult but missing from Author , this key professional witness cautions against "superficial understanding of her psychopathology. She's a lot sicker individual than is obvious on superficial contact." Few would dispute that, but his declaration, "She wouldn't have the capacity to be consciously manipulative" is harder to swallow. She lost the case.

Branded with the letter H for Hoax or Harlot, Albert in Author pleads for the sincerity of her inner teenage boy. I'm inclined to believe her. But there's a shadow side to this brilliant hoax-that-dare-not-speak-its-name. Albert's ace in the hole was, and still might be, phone sex. It paid the bills, her empathic powers enabling her to intuit clients' proclivities and transform herself into their fantasy. Applying these techniques to PR, Albert reached out to the literary establishment, starting with Dennis Cooper, who fell hard. Phone calls promoted prose, which lent gravitas to JT's personal appearances. When JT exploded in 2005, his imaginary friends felt hurt and angry. Doors closed to Albert that Author attempts to reopen.

If you're not confused yet, you haven't been paying attention. Laura Albert is a San Francisco phenomenon, a sex worker and male impersonator of subversive wit and unparalleled chutzpah, who fooled people into falling in love with a Jewish miracle, a shiksa sacrifice whose existential approach to abuse is to turn the other cheek. If you seek clarity, watch both documentaries with disbelief. Cult is too judgmental, Author isn't mental enough. The actual books are better fiction than they ever were memoir, unless you think imagination is the Devil's work.