In the land of the disturbed 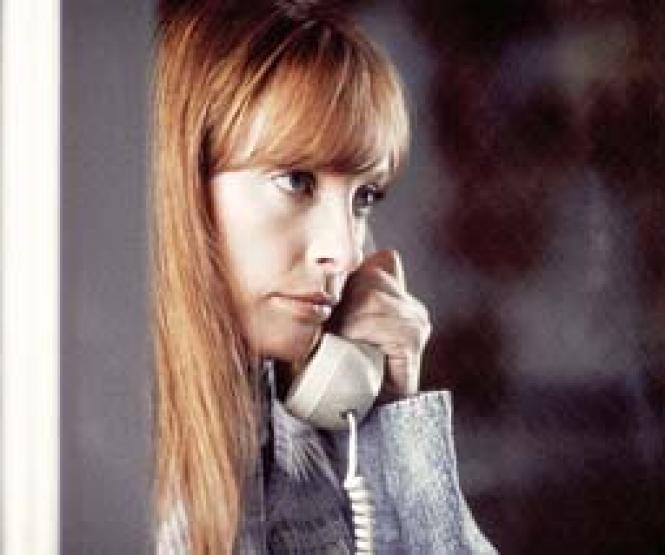 Following the painful end of a marriage to another man, a soul-sick writer finds unexpected comfort in telephone calls to a lonely boy, a fan of the writer's weekly radio fables. Both Armistead Maupin's novel and the new film The Night Listener commence when the writer, Gabriel Noone (Robin Williams), receives an unpublished memoir by the boy, Pete Lomax (Rory Culkin), depicting horrendous sexual abuse by his biological parents. In both book and film, the rapport between man and boy is immediate and seemingly beneficial. In both versions, there are clues that "Pete" may not be all he appears to be, let alone the impossibly wondrous creature Gabriel desperately needs him to be.

In the book, arguably Maupin's most truthful work, Gabriel is able to turn the loss of Pete into a meditation on his worthiness as a writer of perhaps overly facile fiction, his suitability as a lover of a much younger man who has been given a new lease on life thanks to the AIDS cocktail, and his own perplexingly remote ties to an irascible Southern father.

In the film, these profound themes become window dressing for a badly misconceived effort to turn Maupin into Hitchcock. Director Patrick Stettner (who shares screenplay credit with Maupin and Terry Anderson) seems to think that the portrayal of Noone stumbling through the snows, creepy old houses and mental wards of rural Wisconsin in search of the mystery of Pete's adopted mother Donna (Toni Collette) is a remake of Vertigo. It's not. What the filmmakers have done instead is to substitute TV suspense-show tricks for the heavy lifting of actually giving us something to be scared about. At one point, Williams as Noone is caught breaking into an abandoned house and is then viciously tortured by a cop who mistakes him for a member of the gang who supposedly molested Pete. This Halloween hell-house-type stunt seems like an out-take from Williams' role as a mystery writer turned serial killer in Insomnia. It's not a genuine inquiry as to why a disturbed woman seeks to masquerade as a sexually abused prepubescent boy.

Maupin avoided this very trap in his novel. Reportedly based on an actual correspondence Maupin had with another famous fake boy — Anthony Godby Johnson, who spun a similar tale of over-the-top childhood abuse in his 1993 book Rock and Hard Place: One Boy's Triumphant Story — The Night Listener both embraces Pete as a real character, or rather Gabriel's need for there to be such a boy, and then shrewdly substitutes an inquiry into the dilemmas of grown gay men attempting to be reliable fathers, sons and lovers.

As he demonstrated in Good Will Hunting, Williams is capable, when he sheds his Jonathan Winters-like, comic-madman persona, of slipping into the skin of troubled characters whose own hard-fought lessons can be healing for surrogate sons.

Rory Culkin displays an awesome ability to portray good-hearted lads who live through a state of endlessly forestalled puberty in order to teach ordinary, sex-obsessed mortals just how hard it is to remain an innocent child. Culkin's plucky boy who regrets the consequences of punishing a bully in Mean Creek, and his even trickier befriending of a mad cowboy in Down in the Valley, are great credentials for bringing an imaginary Pete Lomax to life.  The filmmakers should have extended Culkin's screentime as the boy who can, without malice, accuse his gay idol of being a confused "dick-smoker," and should have left the mystery of how the Donnas of this world tick to its only suitable forum, The Oprah Winfrey Show.